Sheila, who hails from the east coast of Scotland, has been involved in the world of traditional music for many years. Having made her stage debut at the Bermuda folk club, she went on to win a number of prestigious awards for singing and song writing back in Scotland, and continues to sing and play regularly both at home and abroad. 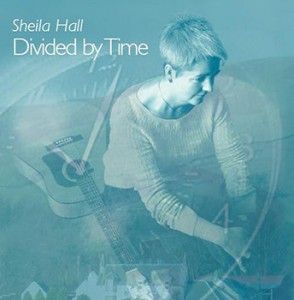 Her solo album “Divided by Time” -traditional songs and many of her own compositions, including the popular “Hills of Strathblane” and “Killin’ Time”, this album also features the superb musicianship of Christine Hanson (cello), Marie Fielding (fiddle) and Gordon Middler (piano).

For the past 15 years Sheila and her singing partner John Shirreffs have been collaborating to bring fresh arrangements of Burns songs to audiences both at home and abroad, and have been privileged to represent Glasgow on many occasions at the annual Burns supper in its twin city of Nuremberg, as well as to perform the songs of our national bard in the Pushkin Museum in Moscow.

Their album, “The Twa Dogs”, brings together many of the most popular Burns songs from their repertoire as well as exploring some less familiar territory. Additional instrumentation by Lauren MacColl (fiddle), Jennifer Port (clarsach), Norman Chalmers (concertina/ bodhran), Marissa Waite and Andrew MacPherson (percussion) adds an extra special dimension to this recording. And we must not neglect to mention our superb photographer Neil (www.neilthomasdouglas.com) who managed to capture some great shots for the album cover, or graphic designer, Davidt Dunlop whose stunning artwork featuring our very own Twa Dogs – Fin and Shuggie – helps to make this new album a unique addition to the Burns discography.

To contact either John, Sheila or the Twa Dogs: info@thetwadogs.co.uk / music@sheilahall.co.uk